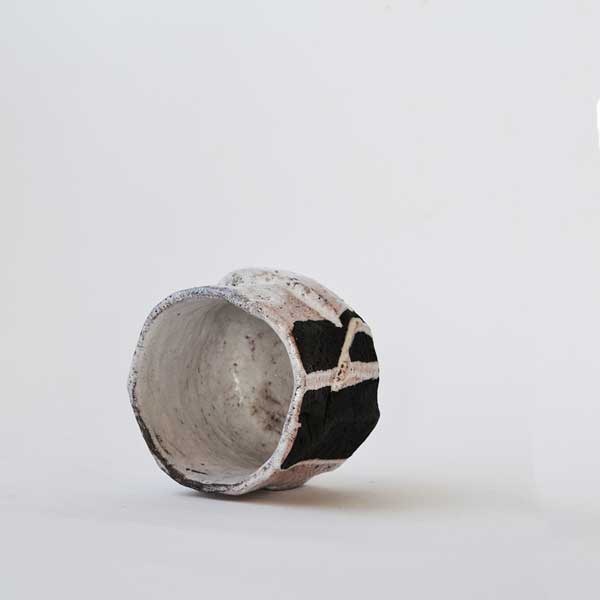 I produce small batch and one-off functional and decorative ware as well as sculptural and installation pieces. My influences are varied, most recent work is informed by my interest in Japanese traditional production techniques and aesthetics, whilst my decorative sculptural work is influenced by the rugged geological terrain and rock types of the Scottish Highlands.

The overriding themes that could be said to give commonality to my work are those exploring mutability, transience and impermanence, through investigations into texture, glazes and firings and conceptual ideas.

My earlier career was spent entirely in sport, competing at an international level and professionally in squash and golf, and coaching both, in Europe and the Caribbean.

After moving to Scotland I developed an interest in ceramics and since 2014 I have been making objects from clay at the Glasgow Ceramics Studio, Dennistoun, in Glasgow’s east end.